One of the most famous stories of a food’s origins takes us to Moon’s Lake House in Saratoga Springs, New York in 1853. A surly customer kept sending Chef George Crum’s french fries back to the kitchen for the crimes of being “too thick and soggy” and “not salty enough.”

In a now-legendary act of passive-aggressiveness, Chef Crum sliced the spuds as thin as possible, fried them to a crunchy crisp, and excessively salted them before sending them out to enact his revenge on this menace of a diner. To his surprise, the customer loved them and devoured his entire serving.

This tale, however, is exactly that…an unsubstantiated rumor. Recipes for something resembling potato chips have been found back as early as the 1820s, and there are no facts backing up the likely apocryphal tale of Chef Crum sticking it to his difficult customer, as satisfying as the notion may be.

Potato chips are not the only food with a fascinating (and ambiguous) backstory. Here are 7 other beloved dishes, and how they came to become American staples.

Select facts and stories come from the book The American Plate: A Culinary History in 100 Bites by Libby H. O’Connell, the historic food expert (talk about a dream job) at the History Channel.

Are you even a brunch spot if you don’t serve chicken and waffles? As popular as this combo is today, it was certainly not an overnight sensation.

Waffles first appeared as communion wafers, which bakeries created in order to outdo the ones from monasteries (capitalism strikes again). They initially arrived in America via the Pilgrims, who briefly stopped in Holland on their way to Plymouth, but it was Dutch immigrants who brought waffle irons with them to America and popularized them in New Amsterdam (later New York).

The chicken and waffle pairing first appeared in the Dutch country in Pennsylvania during the 17th century, where they topped their waffles with pulled chicken and gravy. The current iteration with fried chicken didn’t appear until three centuries later at Well’s Supper Club in Harlem, New York in 1938.

Well’s quickly became the stomping grounds for jazz musicians, who would visit very late after their night gigs ready for a hot meal. It was too late for dinner, but too early for breakfast, so they found a happy middle ground: chicken and waffles.

Luckily, today’s brunchers can get their chicken and waffles fix at a much more reasonable hour.

Shrimp and grits are a low country classic, gaining popularity throughout South Carolina (especially Charleston), but they originated way up north in North Carolina.

Chef Bill Neal made them famous in his restaurant Crook’s Corner in Chapel Hill in the early 1980s. The restaurant was originally known for meals closer in style to Mediterranean, but Neal introduced shrimp and grits and they soon dominated the rest of the menu. This preparation was closer in style to stir fry, but throughout the 1990s, the dish started getting more complex, adding a Tasso-based gravy, thus fusing the cuisine of the Carolinas with that of Louisiana. Soon you could find it in all fifty states.

Shrimp and grits eventually evolved into a staple of the insanely popular New Southern cuisine.

While it was once surprising to find them anywhere outside of South Carolina, it is now shocking to find an upscale southern restaurant that doesn’t serve them.

Does any dish say “Atlanta” like lemon pepper wings? I’ve already done a deep dive into how lemon pepper took the city by storm, but here’s a quick reminder for the unconverted…

According to Spiceography (a website very much worth perusing), lemon pepper seasoning likely originated in India, as a result of its native lemons and black peppercorns. It is commonly found in Indian cuisine, as well as a spice for salmon and other seafoods.

Like many innovations, the rise of lemon pepper on wings was the result of necessity. Buffalo wings were too spicy for kids (and adults, but we won’t spice-shame), so they’d add things like sugar and lemon pepper to dull the heat. Eventually, wing spots began actually putting the lemon pepper seasoning onto the wings themselves. As local artist FRKO explained to me, “that’s when buffalo wings became hot wings.”

They quickly became so prominent in Atlanta that 38% of Atlantans cite it as their favorite sauce, 10% more than those who listed buffalo as theirs. Sausages have been around for centuries, but frankfurter-style sausages, hailing from (wait for it) Frankfurt, Germany, first appeared at the 1893 World’s Fair in Chicago. Customers were originally given gloves to eat these scorching wieners without burning themselves, but they were soon served in long, narrow buns instead.

The source of the name “frankfurter” is obvious, but what about “hot dog”? There are a few theories. Some say it began when cartoonist Tad Dorgan drew an image of a dachshund inside those aforementioned split buns. Other wordsmiths argue that “dog” used to be a slang term for sausage, so a heated sausage intuitively became a “hot dog”. A few even believe that the name disturbingly stems from early franks containing dog meat. Here’s hoping it’s from the cartoon or the slang term.

Nathan’s built the first hot dog stand on Coney Island, and began selling their Nathan’s Famous Hot Dogs, becoming such a classically American dish that President Franklin D. Roosevelt famously served Nathan’s to England’s King George VI and Queen Elizabeth at a picnic. This was just one of many hot dogs our 32nd President enthusiastically devoured.

Today, hot dogs remain one of America’s favorite treats for a baseball game, a backyard grill-out, or a 4th of July eating contest.

The term “barbecue” likely comes from the West Indian term “barbacoa” and in its simplest definition, it’s “a method of slow-cooking meat over coals”. Slow-cooking the meat breaks down the muscle and gristle of a tough cut, like a hog, into something that simply melts in your mouth. Christopher Columbus imported hogs to America in 1493 from Spain, whereupon they then reproduced like rabbits (maybe pigs should be the subject of this expression) and in turn became a significant source of cheap meat for future Americans.

Due to the spectacle and low cost, whole pig roasts became the centerpiece of countless parties, weddings, and even political campaign events. In the antebellum American South, pork was consumed five times as much as beef, so pig slaughtering became a party scene, bringing the entire town together. These festivities ignited the popularity of BBQ, which has evolved to describe an entire genre (even baked beans and banana pudding qualify), but in its original iteration, it’s pork barbecue.

Regional varieties have also emerged, like Texas-style being mainly beef (because the state had such a robust cattle industry) and Kansas City-style incorporating several different types of meat (the city having previously been a meatpacking hub). And, despite what Vice claimed a few years ago, Brooklyn is not taking over the BBQ world.

Our friends up north do, however, have an iconic dish they can claim as their own…

No dish tells the story of American Jews better than bagels and lox.

The first Ashkenazi Jews (from eastern and central Europe) arrived in America in the late 19th and early 20th centuries, where they began opening up bagel shops in Manhattan’s Lower East Side. The specific history of bagels in Europe remains ambiguous (as well as at what point they went from the Polish spelling “beygel” to the American “bagel”), but the process has been consistent: mixing flour, yeast, and salt, letting the dough rise, forming it into rings, letting those proof (AKA rise in its final shape), then boiling them in a kettle, adding toppings, and baking.

Harry Lender, a Polish-Jewish baker in Connecticut, began flash-freezing and distributing his own bagels in the 1970s, causing them to catch on all across the country.

Lox, or Nova Lox (named because much of New York’s salmon was sourced from Nova Scotia), is salmon that has been brined and cold-smoked. It originated in Scandinavia around the 19th century when fishermen developed that this was the perfect method for preserving salmon while on the water for long stretches of time.

Whether you’re kosher or not, bagels and lox are a rich, salty, and delightful way to start your day.

The grand finale of this list is one of the most popular salad dressings (and dipping sauces) in America.

Steve Henson moved to Anchorage, Alaska in 1949 to work as a plumbing contractor in a remote part of town. He invented a tangy buttermilk salad dressing to keep his workers happy (talk about a boss who cares). His plumbing business became so successful that he was able to retire at the age of 35 and move to California.

He quickly grew bored (what with being retired at at 35 and all) and bought a 120-acre property in San Marcos Pass which he named Hidden Valley Ranch. While creating the kitchen menu for the guests of his new dude ranch, he remembered the salad dressing from his plumbing days.

Soon enough, his guests were demanding jars of the ranch dressing, so he incorporated Hidden Valley Ranch Food Products and began manufacturing it in massive quantities to meet its now-exploding demand. He was eventually selling the dressing as well as the dried seasoning packets all over the country.

In a 2017 study by the (not at all made up) Association for Dressings and Sauces, 40% of Americans named ranch as their favorite salad dressing. The closest competitor was Italian dressing at 10%. Ranch dressing has been the most popular salad dressing in the United States for decades, but is perhaps best known as a dipping sauce.

People have been dunking carrots and wings in ranch for decades, but the creamy dressing has lately taken on a life of its own, serving as the condiment of choice for pizza, burgers, french fries, tortilla chips, and really just about anything else that’s battered and fried.

And is there anything more Southern than battering and frying anything then drowning it in ranch dressing? I think not. 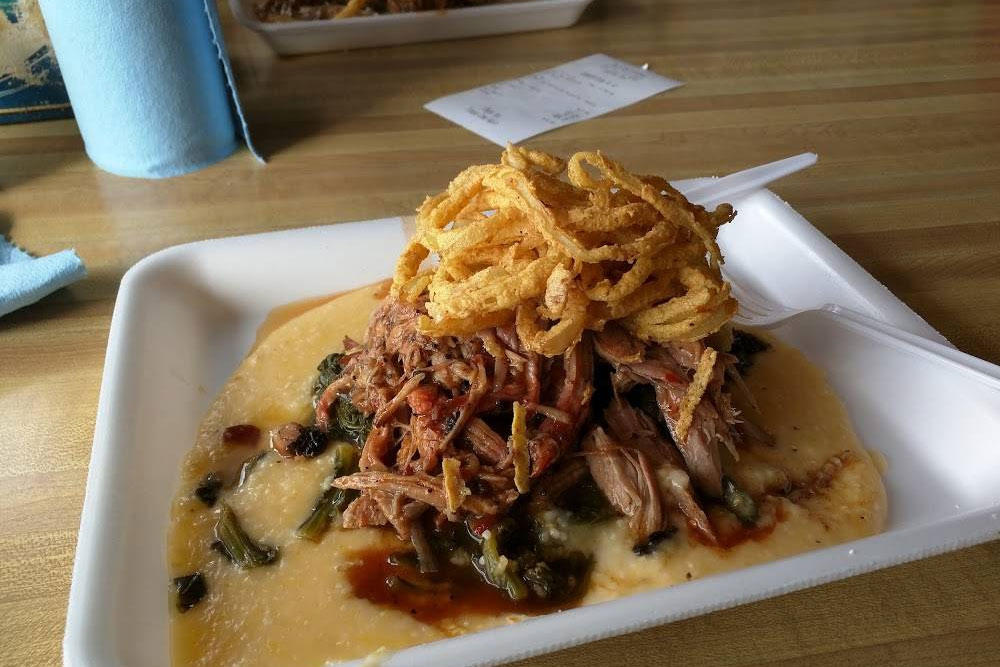 Share on FacebookShare on TwitterPin on Pinterest Tons of people fly everyday, and if you have to go through the hassle of flying, you might as well make it worth while and eat a nice meal before take off. You can count on every airport in America having at least a couple of awesome restaurants. […] 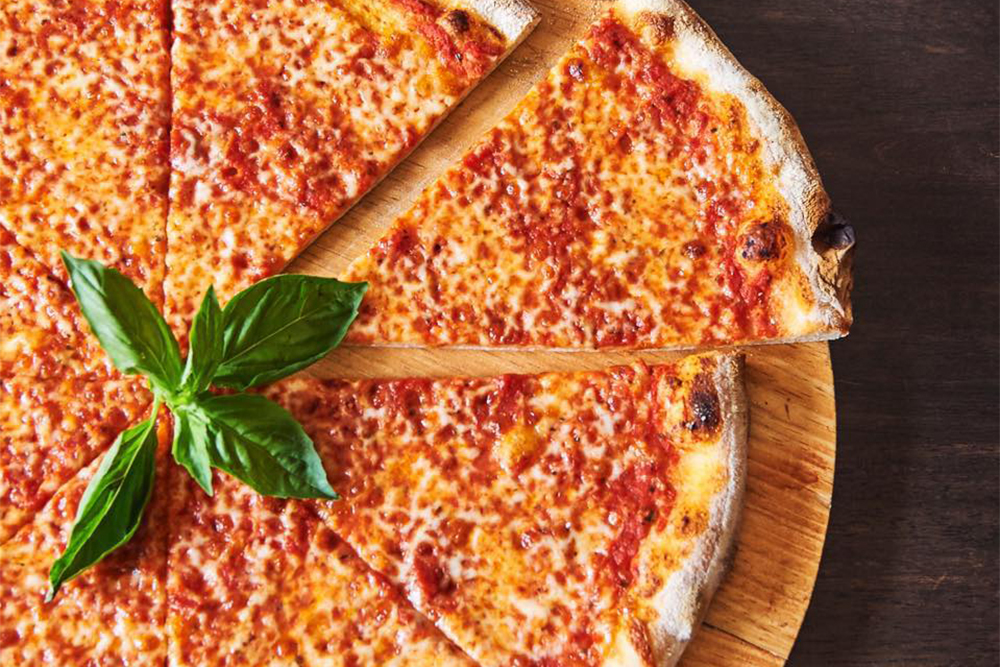 How many of you guys love pizza? We’ll bet our bottom dollar dollar most of you do. Have you ever sat and wondered, perhaps when you were feeling particularly ravenous, where you could find the very best slice of ‘za?  Well, our team of editors have done the research and we give you, the Top 25 Best Pizza Restaurants in America. Chances are, there’s one within driving distance of you. We’ve focused not on pizza that’s not just critically acclaimed, but beloved by customers.  It’s highly recommended that you try one–immediately! Whether you’re preparing to travel or just want to know more about the quality eateries in your home state, there’s a chance you’ll have a craving for a burger at some point. Chances are there are some burger joints in your region that serve amazing food, but you just need to know where to look. Here are some of the best burgers spots in America. Share on FacebookShare on TwitterPin on Pinterest There’s nothing better than the senses you experience at a food festival – the rows of food trucks and tents as far as the eye can see…the sizzles, crackles and pops you hear from cooking….the smells of dozens of delicious being prepared around you….the crinkle of the tiny […]