There are few places in the world more ruthless than Death Valley.

Not the California desert…the football stadium that the LSU Tigers call home. It’s been called the loudest stadium (seating over 102,000 rabid fans), the scariest place for an away team to visit, and “the best place in the world to watch a sporting event.”

With such a relentlessly enthusiastic fanbase, surely there must be an escape from the noise. LSU fans and visitors alike know that there’s no cheering for (or against) the Tigers on an empty stomach.

Here are some of the best restaurants in Baton Rouge, Louisiana to give you the energy to shout “Geaux Tigers!”

Louisiana Lagniappe opened in Destin, Florida in 1984 before relocating to its true home of Baton Rouge in 1998. Fitting to the name, they specialize in the Cajun and Creole staples of the bayou region.

One of their most popular items is the Stuffed Bell Peppers, stuffed with crab and shrimp before being baked and then finished with a garlic beurre blanc. Another gem of the menu is the Barbecue Shrimp, sauteed in a spicy butter sauce.

The Chimes has been a key member of the LSU family for over a quarter of a century. Although they’re steeped in plenty of tradition, they’ve continued to grow, adding two more locations as well as constantly expanding their beer and liquor menu.

If you want to really separate the true Louisianans from the peaux-sers (AKA a Cajun/Creole poser), the Alligator is as good an order as any. If you’re looking for something a bit more standard, it’s hard to argue with gumbo, and The Chimes serves theirs with seafood as well as duck and sausage.

The name Tony has been associated with seafood in Baton Rouge since the Eisenhower administration, when Donaldsonville native Tony Pizzolato began selling fresh seafood and produce. While the store continues to sell the freshest crab, crawfish, shrimp, and more in town, they’re just as beloved for their tremendous restaurant.

The Fried Catfish is seasoned to perfection and rivals the finest restaurants in Louisiana. Boudin Balls are fried sausage balls (made from boudin sausage) packed with all kinds of other delightful seafoods like shrimp, crab, and crawfish. Just about everything on the menu is a winner, so make sure you visit the deli with an open mind and an empty stomach.

If you haven’t been able to tell, seafood is king in Baton Rouge. Therefore, it should come as no surprise that Parrain’s Seafood Restaurant is extremely popular. After over two decades of serving LSU students and beyond, they’ve secured a loyal fanbase for anybody with a hankering for something fishy.

The Crawfish Etouffee is tough to beat. The Dirty Rice is the perfect level of meaty, with plenty of other fantastic flavors in the mix. And make sure you save room at the end of your meal for their White Chocolate Bread Pudding, a fabulous sweet treat to end your meal.

In ancient Chinese, “Soji” means “a gathering of people.” That’s exactly what they want you to do when you eat there: bring a crowd of people you love and enjoy some delicious Asian fusion dishes and tasty cocktails.

Soji is generally regarded as serving the best sushi in Baton Rouge, which is true, but they also serve an impressive collection of other small plates and more. The Cauliflower is tempura-fried with shio koji butter, shaved bonito, and sliced jalapeno. Their beloved Drunken Noodles are house-made rice noodles, loaded with seared sirloin, a kale/brussel sprout blend, serrano peppers, and two sunny-side up eggs. You can also get a Bento Box, with your choice of starch (rice or noodles), protein (a few types of chicken and steak), and a half California roll and cucumber salad.

Monjunis has been Baton Rouge’s go-to Italian spot for over twenty years, though its building has been around since the early 1920s. Their popularity has exploded; in one week, they make over 7,000 of their famous meatballs and over 1,000 platters of lasagna. It all comes down to their legendary red sauce.

These are some of the staples, but Monjunis gets creative with their Italian dishes too. They tune into their Baton Rouge roots with Cajun Shrimp Toast, garlic bread topped with Gulf Shrimp and melted Italian cheeses. Talk about a flavor fusion! The Shrimp and Eggplant Extraordinaire is crispy eggplant and shrimp baked in their red sauce and served over angel hair. And make sure to wash it all down with a few Frozen Italian Margaritas (the amaretto makes it Italian).

Nothing offers a truer Lousiana bite than a po’boy, and JED’s are some of the finest in a town that’s already full of the best. They serve over a dozen different types: shrimp and catfish (both marinated in Crystal hot sauce), roast beef & gravy (braised for 12 hours and served debris-style), and JED’s Special (roast beef, ham, melted swiss, lettuce, tomato, and JED’s sauce).

You can also enjoy Debris Fries, topped with creamy cheese sauce, roast beef debris and gravy, and pickled jalapenos. Perhaps most excitingly, they have Happy Hour 3-5 PM every Tuesday – Saturday, where it’s half price all frozen drinks, draft beers, and appetizers.

Cocha brings a “new and creative elegance to the Baton Rouge food scene.” They focus on keeping their foods as fresh, seasonal, and organic as possible, with a large proportion of vegetarian and vegan options. Everything on the menu is charming and unique, more than rising to the task.

Louie’s Cafe is an LSU staple, serving students, faculty, and visitors since 1941. The space may have moved in the 1980s (and again in 2014) to accommodate more people, but the diner feel is unchanged.

The cajun hash browns are a go-to, though the Super Hashbrowns are the most popular: covered with sauteed mushrooms, colby cheese, and sour cream. The Eggs Cletus are two grilled biscuit halves topped with a sausage patty, over-medium egg, and drowned in white gravy. Finally, the Eggs Louisianne is shrimp and crawfish sauteed with onions in a specific butter, folded into an herbed cream sauce, and serve dover two poached eggs on an English muffin.

Superior Grill is consistently regarded as one of the best Mexican restaurants in the state of Louisiana. Two of the reasons for their acclaim are their Superior margaritas, made with fresh lime juice, and their from-scratch fajitas, so fresh you can smell the mesquite.

As is the case at almost any Mexican restaurant, you can’t go wrong no matter what you order. The Tableside Guacamole is custom-made for your table; the Queso Roberto is a savory mix of ground beef, guacamole, sour cream, and pico de gallo; and the Superior Sample brings it all together: chicken quesadilla, bean nachos, beef taquitos, chicken chimichangas, and…what else…queso. Throw in an order of sizzling fajitas (we’re partial to Los Tres Amigos, with grilled shrimp, skirt steak, and chicken) and you’ll be muy feliz.

The Overpass Merchant is a classic gastropub that doesn’t skimp on the gastro or the pub. Surprisingly, one of the top snacks are the Wisconsin Cheese Curds, with fresh cheddar and homemade buttermilk ranch. They also have Pepperjack Boudin Balls, stuffed with pepper jack cheese and served with pepper jelly vinaigrette.

Their Sunday Brunch is one of the most popular in Baton Rouge. The H.C.C.B. is crispy chicken, cheddar cheese, and a honey butter drizzle on a hot biscuit. You also need to try the Semi World Famous Chicken Skins, served with honey and hot sauce.

Olive or Twist originally opened up as a cocktail bar; a few years later, they doubled in size and decided to focus on the food. They call themselves a “Modern Louisiana Kitchen,” and that influence is obvious when you scan the menu. They take a classic LA item like boudin and turn it on its head with something like the Pepper Jack Boudin Balls, boudin balls stuffed with pepper jack and served with a remoulade and a smokey bayou sauce.

If you’re looking for the perfect complement to your meal, check out the Cocktail Roulette. You pick the direction of your drink – spirit, bitters, juices, prep, syrup – and let their highly-trained mixologists do the rest. 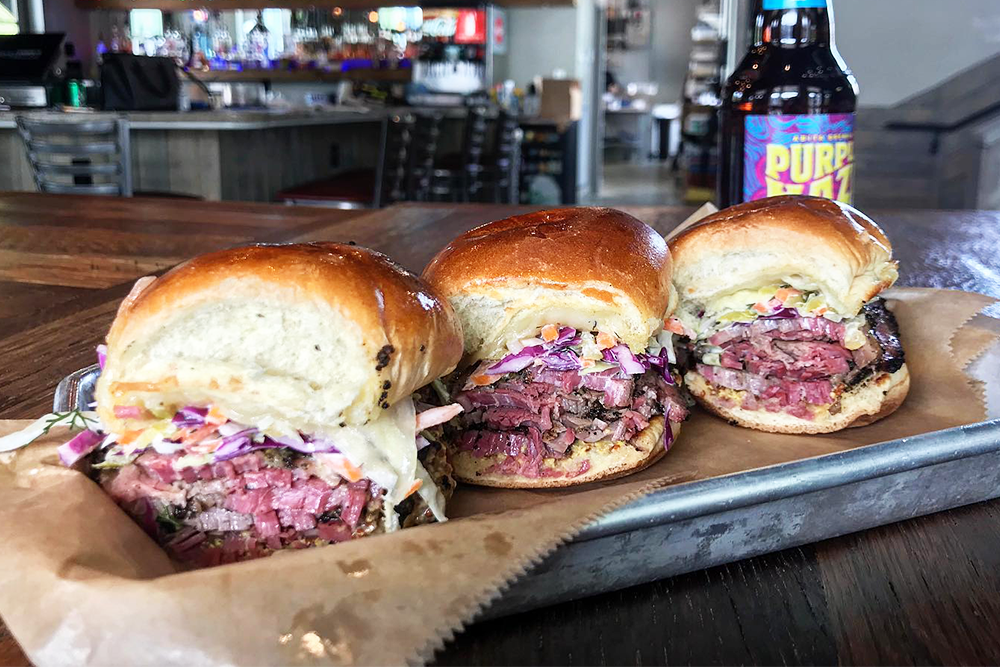 Share on FacebookShare on TwitterPin on Pinterest Have you been to the best restaurants near Mizzou in Como?  If you’re a local, you know exactly what we mean, but for first time travelers, Mizzou stands for the University of Missouri and Como stands for the place where the University resides –  Columbia, Missouri.  Columbia is […]