These Nashville restaurants are some of the best for their live music scene. They will sweep you off your feet with good vibes, great company, and epic food. A night out in Music City just isn’t the same unless you’re getting in front of an up and coming live band. The best part is that one of country music’s biggest acts could always decide to blow into any old dive bar in Nashville without warning. Check out the eight best spots for live music served as fiery as Nashville’s famous hot chicken. The Station Inn is an intimate spot where patrons sit inches from live performances. You know you’re in an authentic Nashville jam spot when only guitars, fiddles, mandolins, and the like are allowed on stage. This is a top spot for bluegrass, blues, and American root music. While the focus is on music at the Station Inn, a menu with pizza, hotdogs, and beer makes it easy to stay all day to catch act after act! The Stillery serves up wood-fired pizza, cocktails in mason jars, and live music that will get you rocking in your bar stool. The hot chicken is the big draw on the menu here. Those who are feeling bold ask for their strips and sandwiches to be done the “Nashville hot” way. The baked cheese, ultra-creamy mac and cheese, and pizza are also big hits. The Stillery’s second floor is open for live music every Friday and Saturday from 12 p.m. to 10 p.m. Robert’s Western World is where the music scene and foodie culture collide in perfect harmony. The Honky Tonk Grill at Robert’s is famed for its burgers, sandwiches, wings, fries, onion rings, and fried pickle spears. There’s also the world-famous fried bologna sandwich that’s meant to be washed down with a moon pie and cold beer. Robert’s list of premium and domestic beers hits just right regardless of what you order. The stage is alive every night of the week with up-and-coming performers from the Nashville music scene. Keep in mind that this restaurant goes from an all-ages eatery to 21 and over after 6 p.m. nightly. A great place to vibe to some live bluegrass, Bourbon Street Blues & Boogie Bar offers shows from bands that are about to break in a big way on a stage that has welcomed James Brown and B.B. King. The wrought-iron balconies and neon lights make this bar feel like a Nashville fever dream. It has remained a staple of Nashville’s nightlife scene for 25 years by serving up amazing Cajun and Creole food consisting of alligator bites, catfish bites, fried okra, and shrimp and crawfish etouffee. The drink menu features beer, wine, and fun cocktails named Mardi Gras Heat, Alley Cat, and Big Easy Hurricane. Famed for being the best-sounding room in Nashville, this intimate venue is a favorite of songwriters because it allows for easy conversations with the audience. Of course, the food and drink menus here also draw people from around the country. An appetizer list that consists of beer cheese pretzels, smoked wings, and a BBQ sundae lets you know that it’s going to be a good night out. The dinner menu famously consists of handhelds and baskets that keep things causal. Finally, the draft beer list offers everything you’d expect from one of Nashville’s most hip spots. 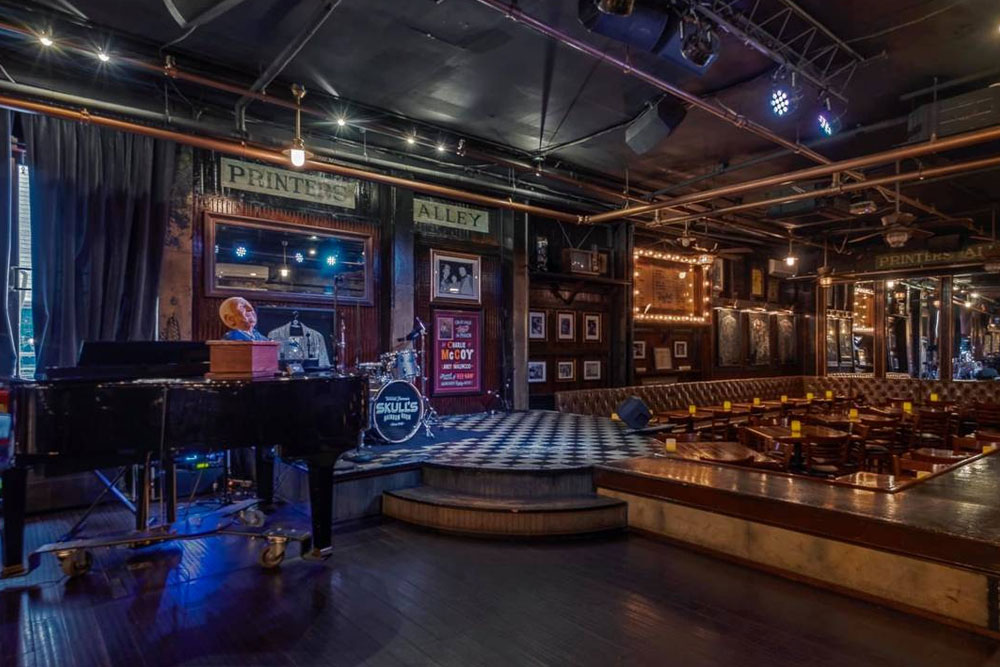 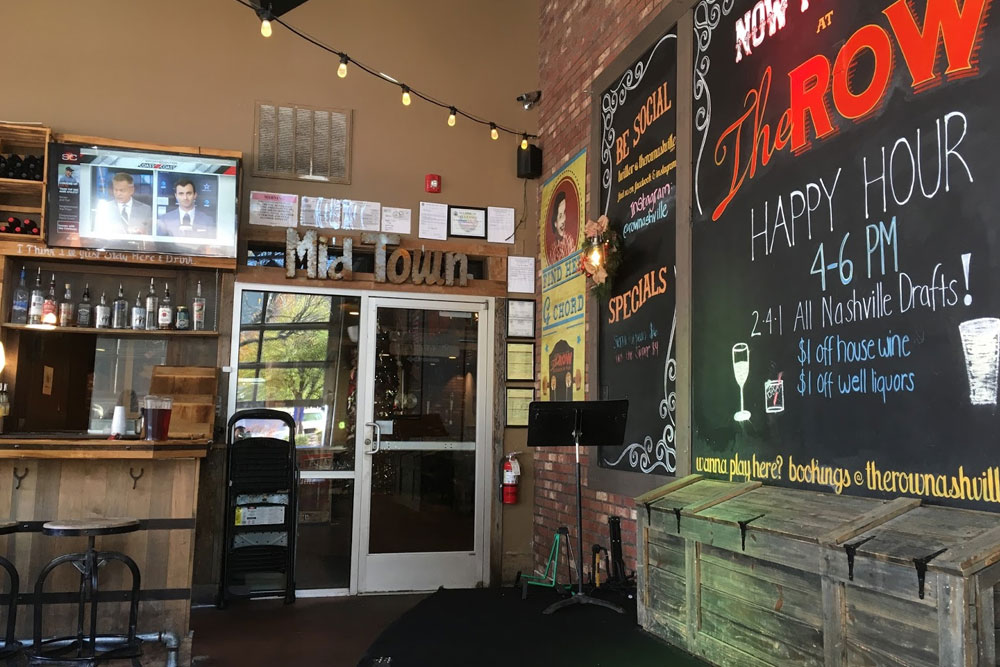 The bands show up every evening to play at this acclaimed eatery. While most of the acts here are locals, it’s also quite common for the latest stars from The Voice or American Idol to swoop in for a few sets. The superstar of the menu is the famous Nashville hot chicken. It can even be served with challah French toast. Fried pickles, Row poppers, biscuits, and bacon queso dip with bottomless tortillas all make ordering exciting! Hot or cold, fresh or leftover, there is nothing more delicious or satisfying than having a slice of pizza (or a few). While the main ingredients stay the same in every pie, a few alterations here and there make all the difference and can bring each bite to a whole new level. We’ve put together a list of some of the very best spots to check out when you’re craving a nice cheesy slice of pizza in Nashville. The Gulch is one of the more popular neighborhoods around Nashville and has many great options for hungry visitors and locals alike. Whether it’s a night out with friends or you are looking for a place just to grab a quick bite, you won’t have a hard time finding a place to enjoy a tasty meal. To help you locate some of the trendiest and most fun spots to dine in and around the Gulch, we’ve provided a few of our favorites below. What trip to Nashville would be complete without a chance to sip, savor, and slurp the most delectable dishes prepared by award-winning chefs? Brunch is a sacred time during any vaca where you and your travel buddies can regain your strength and share stories of the previous evening’s debauchery over a stack of pancakes and a plate of biscuits and gravy. Check out our sampler platter of some of the best brunch spots Nashville has to offer to you hungry travelers, as well as some of the best suggestions on the menu. Bon Appetit! 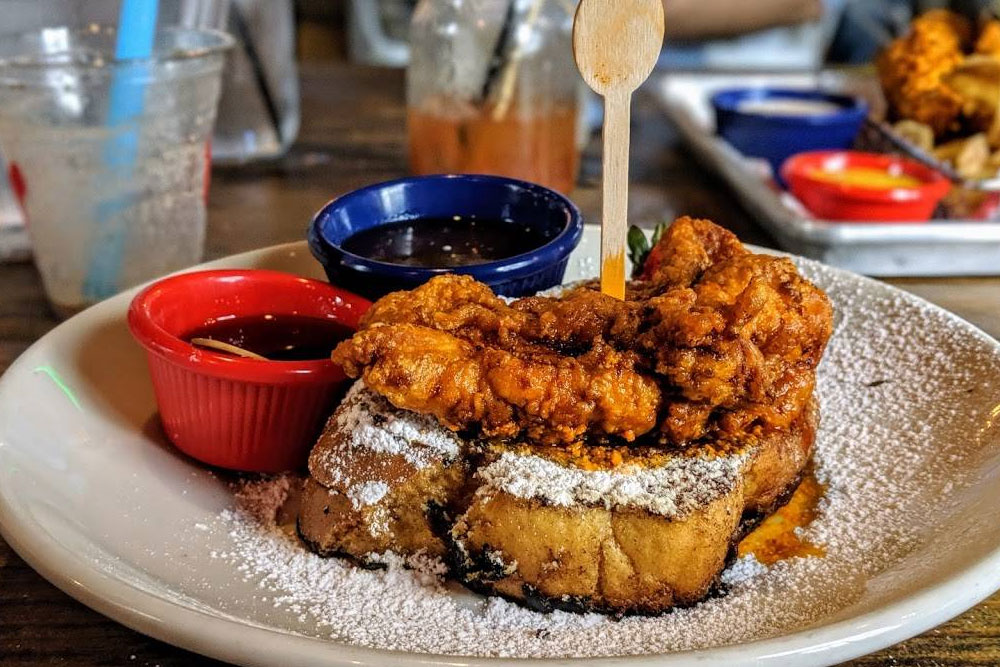 Nashville is called Music City in large part because of its iconic Broadway. It’s home to many a honkytonk with soon-to-be-huge country stars on stage crooning their songs to thrilled visitors and locals alike, And while this experience is so amazing, enjoying a fantastic meal is a big part of Nashville as is the live music scene. So we’ve come up with the some of the best Broadway restaurants in Nashville to hit for a delicious meal before you enjoy Nashville’s incomparable music scene.